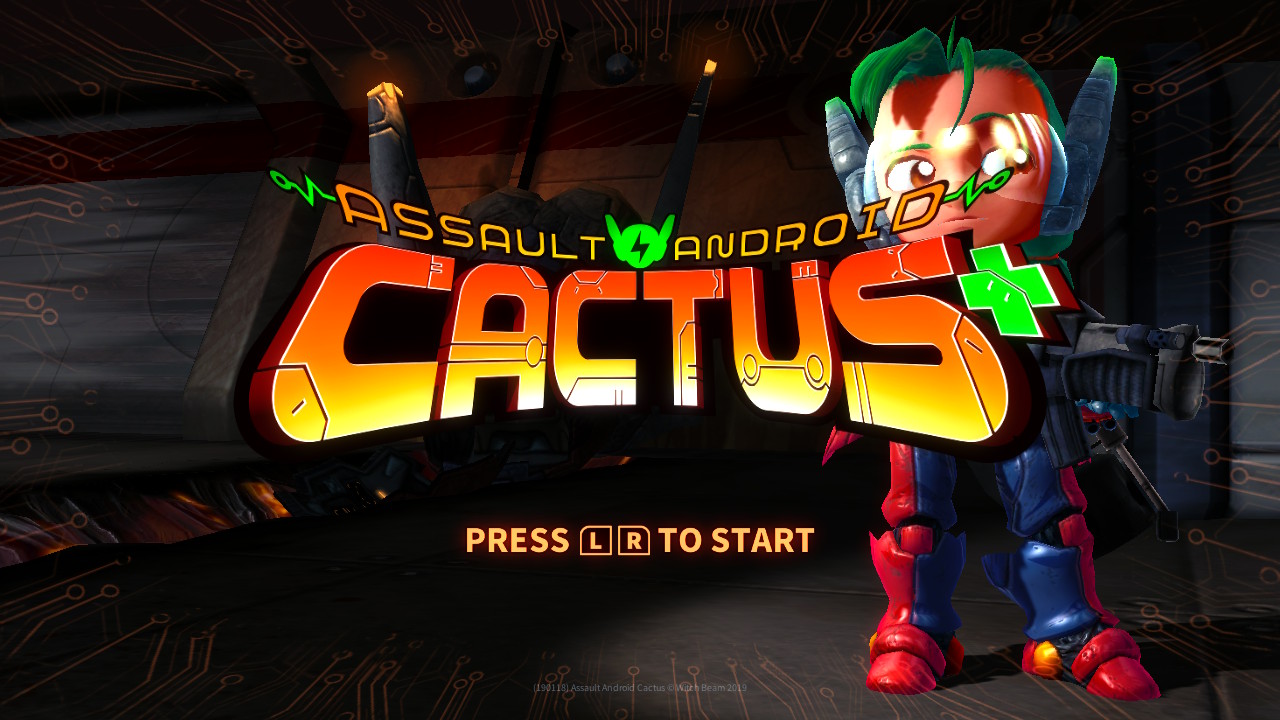 The team is excited to finally reveal that Assault Android Cactus will soon be available on the Nintendo Switch! You can find it on the eShop in the Coming Soon section and pre-purchase it now at a discount and be ready for the release on March 8th!

It’s a new version of the game we’re calling Assault Android Cactus+ and it includes everything you know and love plus some new features we managed to add in during development.

We added a new Aim Assist feature, which when active, will face you towards enemies leaving you to move, shoot and switch weapons. While it reduces some of the complexity, we were pleasantly surprised by how much it retained the heart of the game, and being able to get most of the Cactus experience off a single stick was good for two reasons.

The main one was to let you play with a single Joy-Con – it lets you pull off two player tabletop co-op anywhere, and it makes it a lot easier to find enough controllers for a big four player couch co-op session. You can mix and match too, so a player can be on a single Joy Con while another uses two, or a Pro Controller or even a Gamecube controller if you have the adaptor.

But there’s a benefit even if you have two sticks – with default settings just take your thumb off the right stick and Aim Assist will soon kick in, leaving you free to concentrate on positioning, firing and swapping. The moment you want control back, just use the right stick and it’s all you again. You can treat it like training wheels or just one less thing to think about and it fits seamlessly into the co-op experience. Due to the shared battery mechanic Assault Android Cactus has always supported players of different skill levels playing together, and this takes that idea further. If you’re chasing the highest leaderboard spots you’ll still want full control to squeeze the maximum potential out of your Android’s weapons but we still think Aim Assist is an important addition to the game.

Our hope is Assault Android Cactus+ is going to be even better at showing people what’s fun about twin stick shooters while still offering them a pathway to precision and mastery!

For returning fans or twin stick shooter veterans we’ve got you covered too. We dug deep to do a new version of the Campaign which uses the full palette of enemies from the start, new room configurations and advanced versions of all five bosses. 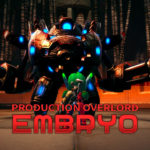 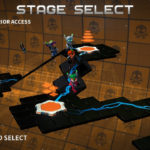 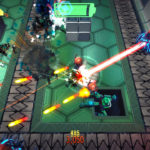 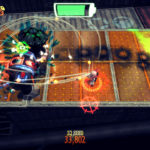 Campaign+ adds a new version of every level, built to be trickier, more intense and more fun for players who have beaten the main campaign. Built over the course of a year and tuned with help from some of our best players, it’s a pretty serious undertaking that adds a lot to the total package. With full leaderboard and co-op support, it effectively gives you double the levels to master and we hope it will further extend the life of our already extremely re-playable shooter!

We added a Movie Gallery to access cutscenes more easily, each Android has gained a new costume, we’ve made tweaks and balances to the game and the EX option Mega Weapons have been given a boost so they’re even more fun to use. 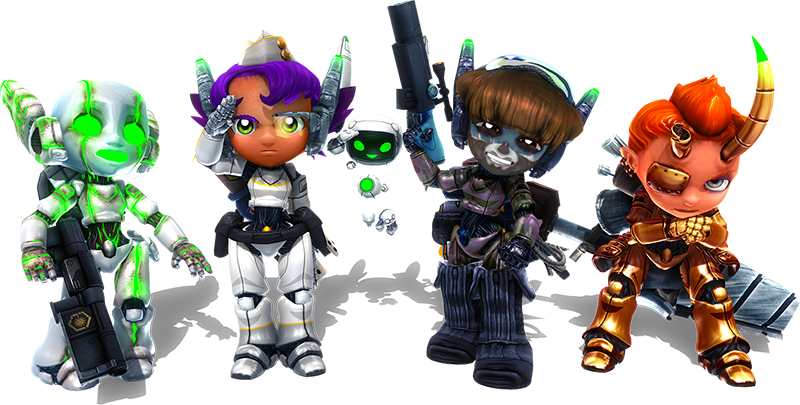 At its core Assault Android Cactus+ is the same smooth, intense action experience it always has been, but now on Switch! We’re hoping it’ll be worthwhile and a new way to play for anyone who already knows the game and something exciting for everyone meeting Cactus for the first time!