Thank You 💜 Unpacking Post-Launch and Awards!

Posted by Victoria Tran on 8 December 2021 in Unpacking 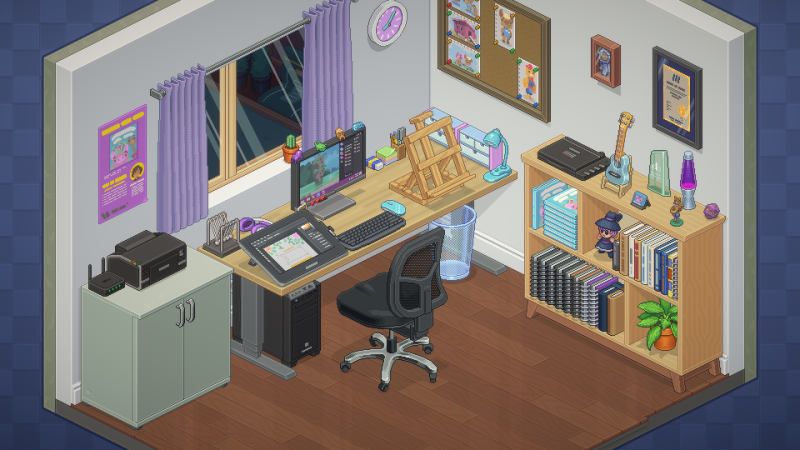 Wow, it’s been a wild month since we released Unpacking on November 2nd. During that time you smashed ALL of our expectations – we climbed the top of the Nintendo Switch charts globally, were featured on Steam’s front page, and so much more. But even more than that, we got to see how much you all loved and connected with our game. Whether it was the diploma moment, the tears, or the discovery of our 14,000 foley audio sounds, you were just as vulnerable and overjoyed as we felt making this.

From the entire team, thank you.

Unpacking seemed to be overall loved by various news outlets, and it was real cool seeing our little puzzle game up there with some big names. If you’re interested, here are some highlights:

Whew! There are still plenty of other reviews out there, so thank you so much to everyone who played our game!

Voting, Community Wiki, and What’s Next

It’s still awards season, which means if you enjoyed our game you can help it win some pretty cool accolades! (And then the next time we move, we can awkwardly try and pack the trophies into boxes. If they even come with trophies???)

Meanwhile, for those who have been stuck or wanted to discover all the secrets of the game, our lovely Discord community has started an unofficial Unpacking fan wiki, which you can see here.

As for the most frequently asked question we’ve gotten so far… Will there be more content?! We love how much the game has connected with people, but we don’t currently have plans to make additional content. We are really happy with the arc of the game. It’s not the biggest story, but we liked how things finished. Stories start and end, boxes are unpacked, and it’s ok to feel settled. It’s why we spent so long (3.5 years!) working on it — we didn’t want to cut anything we planned. There is a lot of story hidden in the items and environments. If you enjoyed the game, you can always play through again and see what else you can learn about the characters and story. (Only a few people have discovered one of the biggest secrets..!) Basically: we truly appreciate the love and community behind this game. Not wanting to add more content isn’t a sign that we don’t care! We want to respect our game and story, and not try to arbitrarily add to it. For now we’re done, but the future holds many mysteries. If you’d like, you can follow the game’s creative director Wren on Twitter to see what she gets up to, after she takes a well deserved break.

A note about fake apps

It’s come to our attention there are a number of fake Unpacking apps on the Google Play store. To clarify: Unpacking is NOT available on mobile, and there are currently no plans to port it to mobile. We’re sorry for any disappointment, but please do not download or listen to any false news about our game. If you would like to play the game you can buy it on Nintendo Switch, Xbox One, and on PC through Steam.

That’s it for now. Hope you all have a good holiday and rest of your year! 2022 has a lot of mystery to it, but if our game has taught us anything… There are plenty of good things to unpack.

Unpacking is out now!