Posted by Emily Hummel on 18 February 2022 in Unpacking 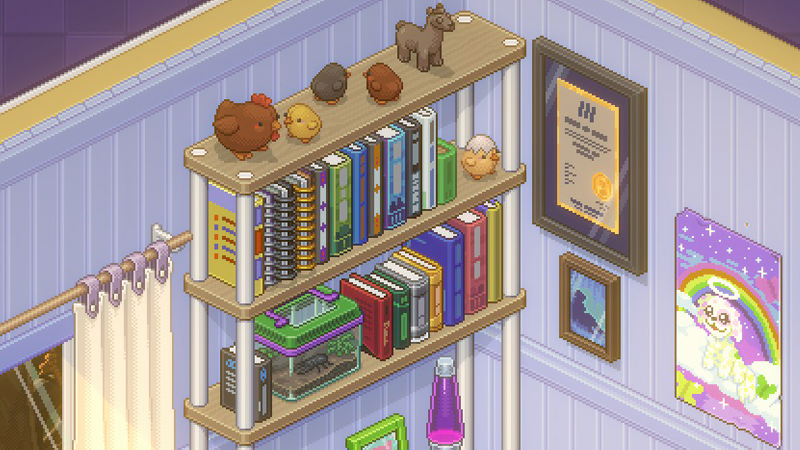 We’ve just released a new update that adds five new languages, as well as fixing some bugs and smaller issues we’ve had reported! Here are the details:

For Mac users: We’ve had reports that some Mac users are receiving warnings that Unpacking has been blocked because it may reduce privacy and lower security, but this update appears to have fixed that, hooray!

If you’re encountering a bug, feel free to reply to this email, share in our Discord, or post in our Steam discussion forums.

It’s an honor to be nominated…

The nominations continue to roll in! We’ve been nominated for

If you’re headed to GDC next month, three members of the Witch Beam team will be speaking as part of the Independent Games Summit, so please come join us!

Wren and Tim will be giving a talk about narrative design, developing the story alongside mechanics, and more called “Unpacking a Narrative Through 1,000 Household Items” on Monday, March 21st at 5:30 PM PT

Jeff will be giving a talk about everything that went into those 14,000 foley files, and how on earth we kept it all organized called “‘Unpacking’: The Fun Behind the Foley” on Thursday, March 24 at 10 AM PT

We recorded an episode of Design Delve with Escapist Magazine about everything Unpacking, from telling a narrative through puzzles, to easter eggs, and using testing to find out that people like to hide their diary in different places. Needless to say, it’s full of spoilers, but if you’ve finished the game, please take a look!

Emily and The Witch Beam Team