Posted by Emily Hummel on 18 March 2022 in Unpacking 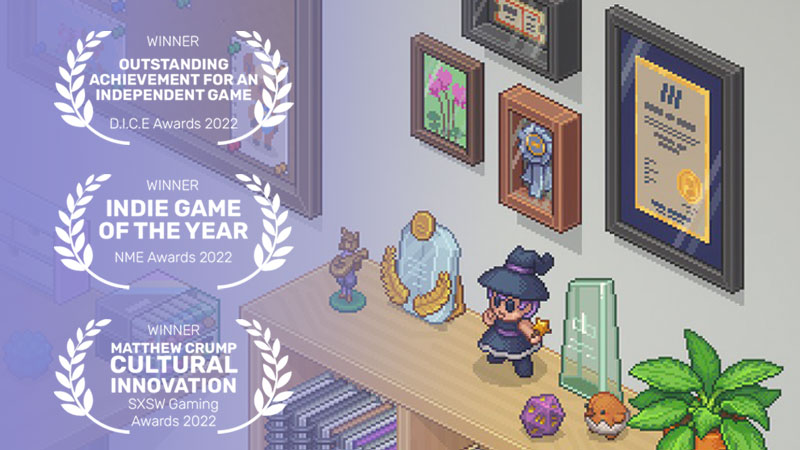 It’s been an exciting few weeks since we last sent out a newsletter, and in the interim we’ve won three awards! We’re bowled over and completely honored to have won Outstanding Achievement for an Independent Game at the D.I.C.E. Awards, Indie Game of the Year at the NME Awards, and Matthew Crump Cultural Innovation at the SXSW Gaming Awards!

But that’s not all! We’re up for a few BAFTA Games awards, and one of them is based on public vote, so if you’re so inclined, we’d love if you could vote for us for EE Game of the Year! Head here to cast your vote, or click the image below: 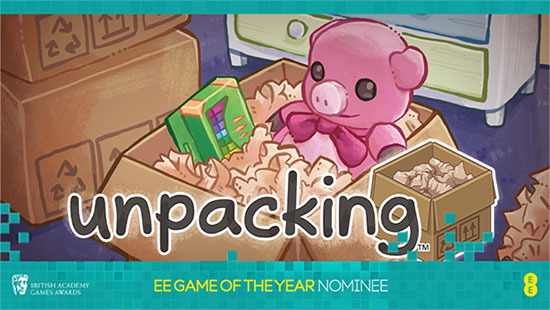 Tim sat down with Game Developer for a long talk about Unpacking, from the unexpected influence of Witch Beam’s previous game, Assault Android Cactus, to the design of the rooms, what puzzle elements to include (or not!), and telling the story through objects. Here’s a snippet:

For the most part we wanted to provide some friction, a hint of challenge, and let the rest emerge organically. So, sometimes we’d make a shelf that wasn’t quite big enough for all of one type of object—suddenly the player has to choose what’s going to go on another shelf. The kitchen drawers often could only fit everything if you rotated everything to fit like a puzzle. Meanwhile other surfaces had plenty of space. By dropping in little spots of difficulty that were sometimes very situational, we could remind the player there were some rules, which helped them find their own.

GDC is next week!

GDC is next week in San Francisco, and a reminder that we’ve got *two* talks, and we’ll be showcasing the game in the IGF Pavilion from Wednesday – Friday. We’re also finalists for awards for the Independent Games Festival Awards and the Game Developers Choice Awards, so please keep those fingers crossed for us! Here’s the two talks:

You might have spotted us in the trailer, but if you didn’t: we’re officially verified on Steam Deck! The game runs fantastically, and we can’t wait for you all to check it out. 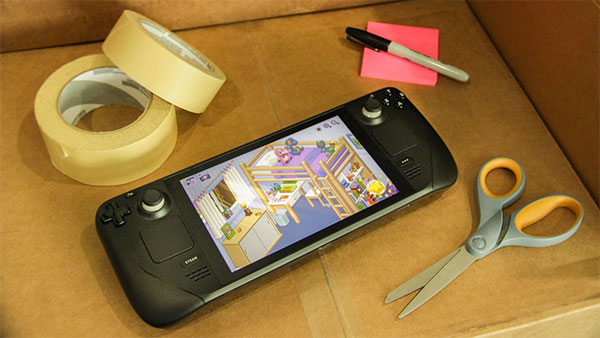 A new face behind the emails

Also a personal note: hello, I’m Emily! You may have noticed my name in the last newsletter, but I wanted to make an official announcement to say that I’m the new Community & Social Media Manager here at Witch Beam! It’s lovely to meet you all ☺️

That’s all for this month, it’s been quite a busy one, but we’ve got more to come, so stay tuned! As a reminder, you’re welcome to keep up with updates on Twitter, fun videos on TikTok, and join our community on Discord.