Posted by Emily Hummel on 28 July 2022 in Unpacking 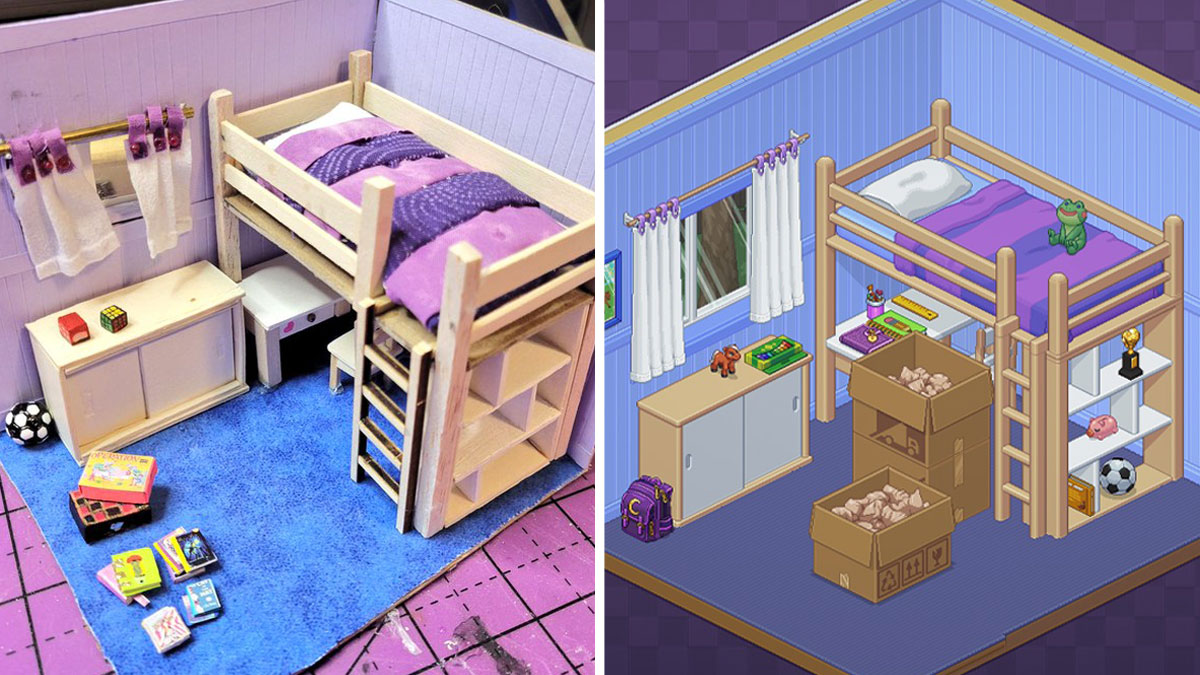 above, left: @beezelbee_ is building the 1997 room in miniature, and we’re loving following the process

Hello Unpacking fans! It’s been a busy month, but at this point, maybe there’s no such thing as a slow month!

We’re very excited that this mini-doco has come out—ABC Australia came to Wren and Tim’s apartment on the day of the game launch, and it’s crazy to think about how far we’ve come since this day in November.

We also got reminded that we made our Twitter account four years ago, and it’s resulted in some nostalgia as we think about where we were at that time—at Stugan, in Sweden, building out ovens and taking the first pass at the 1997 level! Wild to see all that progress. 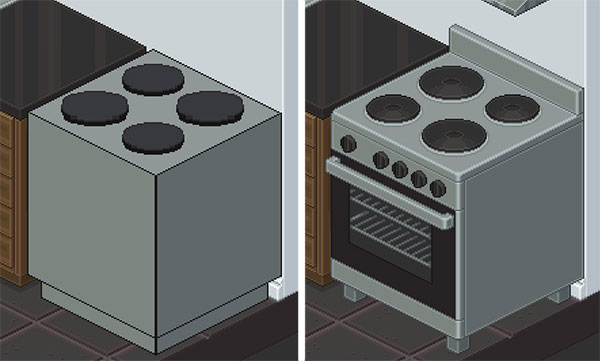 Jeff & Ange have been giving some great behind-the-scenes looks at the sound design behind Unpacking. First up, they were on Level with Emily Reese to talk about sound, music and the complications of recording foley for the game, and then followed that up with a video as part of Save & Sound, which dives into the environmental ambiance of the levels (listen for a school letting out at around 3PM in the first level!), how they tracked the sounds of objects across different surfaces. And keep in mind there’s variations on each sound as well!

We put together a TikTok of some of our favorite sounds—what’s yours?

On the other end of things (narrative and game design, that is!) Wren & Tim have had a few chances to take some deep dives as well. The PlayStation podcast had them on to talk about different playstyles, hidden details (if you shake the PS5 controller, it shakes the item!), and telling narratives in unique ways. Then, on an episode of Noclip, they talked about all the systems behind the game, and the video is a great look at the game being built in Unity as well as the grids on each level for item placement!

So excited to announce that we’re headed to BitSummit X-Roads this year! We showed Unpacking at BitSummit in 2019, and we’re so glad to be headed back. If you’ll be there—let us know! 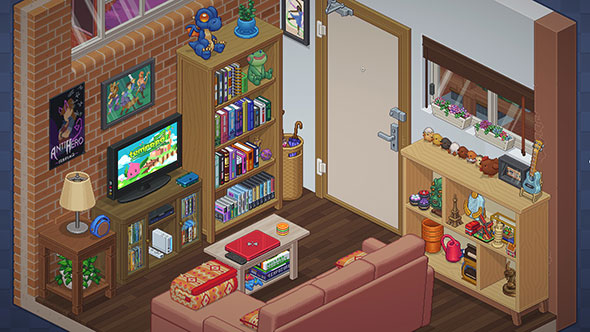 We’re delighted to say that the easter egg from last month’s newsletter has been found! It’s found by interacting with the game console in the 2015 level—and is Witch Beam’s next game, TemPoPo!

That’s all for this month! Next month brings BitSummit and Wren’s keynote at NZGDC, and we can’t wait to share both with you!

Unpacking on Sale on Steam, Switch, and PlayStation