Unpacking is coming back to Day of the Devs!

Posted by Wren Brier on 1 November 2019 in Unpacking 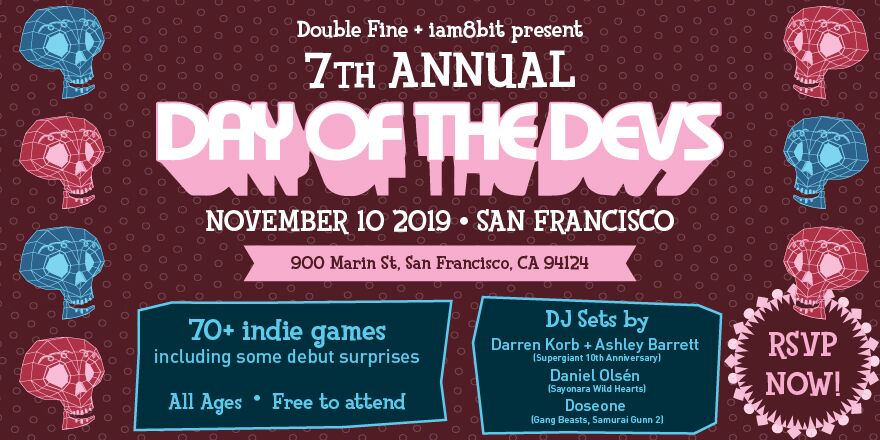 This is where Unpacking made its US debut last year! Day of the Devs is a free event organised by Double Fine and iam8bit, featuring over 70 unreleased indie games. While we won’t be there in person this year, we are honoured for Unpacking to be included in the Anniversary Machines — four stations where you can play eight popular games from the previous year. You can see the full line-up of games in the excellent DotD trailer.

The event will take place on Sunday November 10th at 3PM at The Midway in San Francisco, CA. RSVP here!

Our Day of the Devs demo will include a new level that’s made up of THREE new rooms! Here’s a sneak preview… 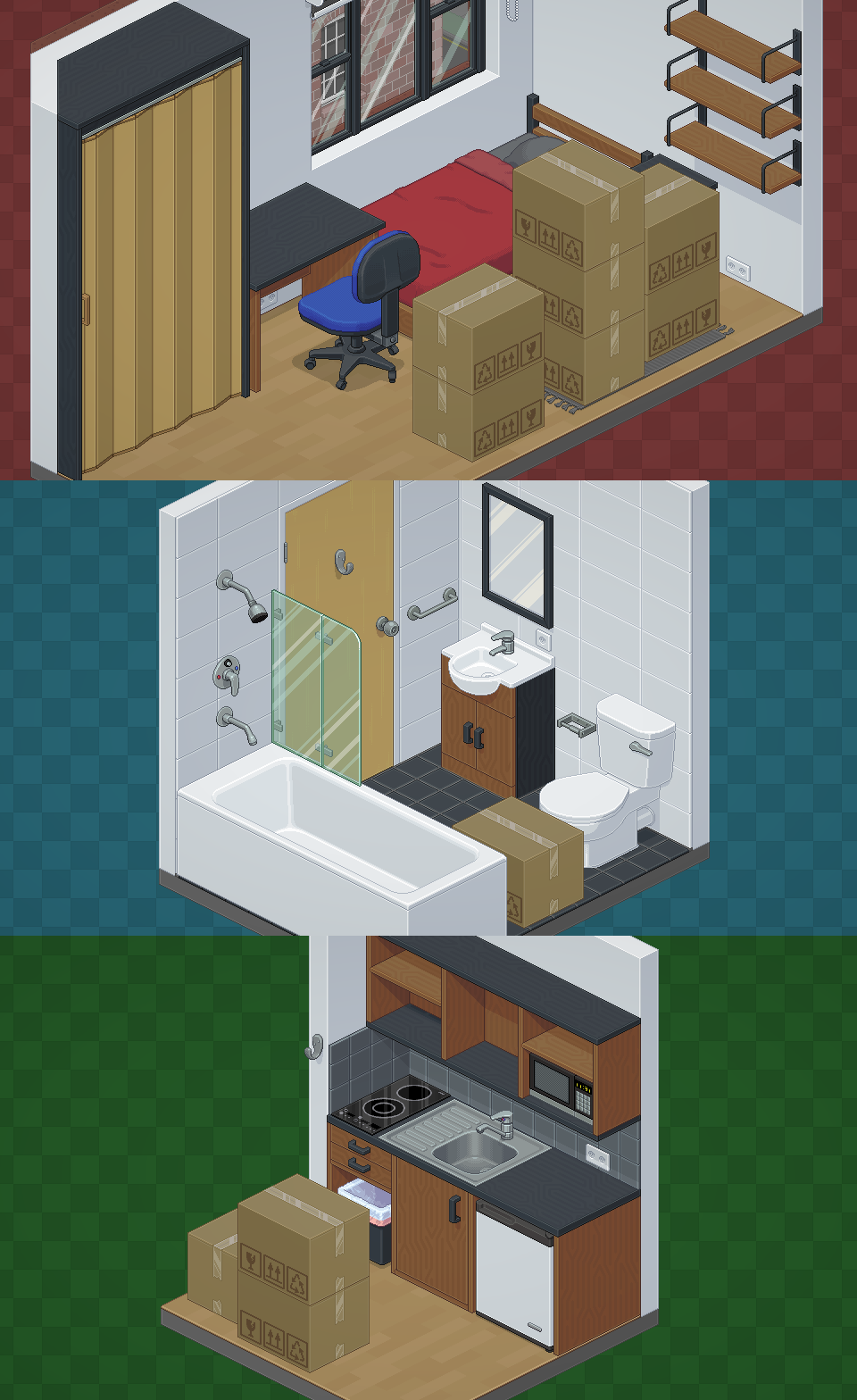 What’s in those boxes? Play to find out!

For anyone attending Day of the Devs, I’ve marked Unpacking’s location on the map below: 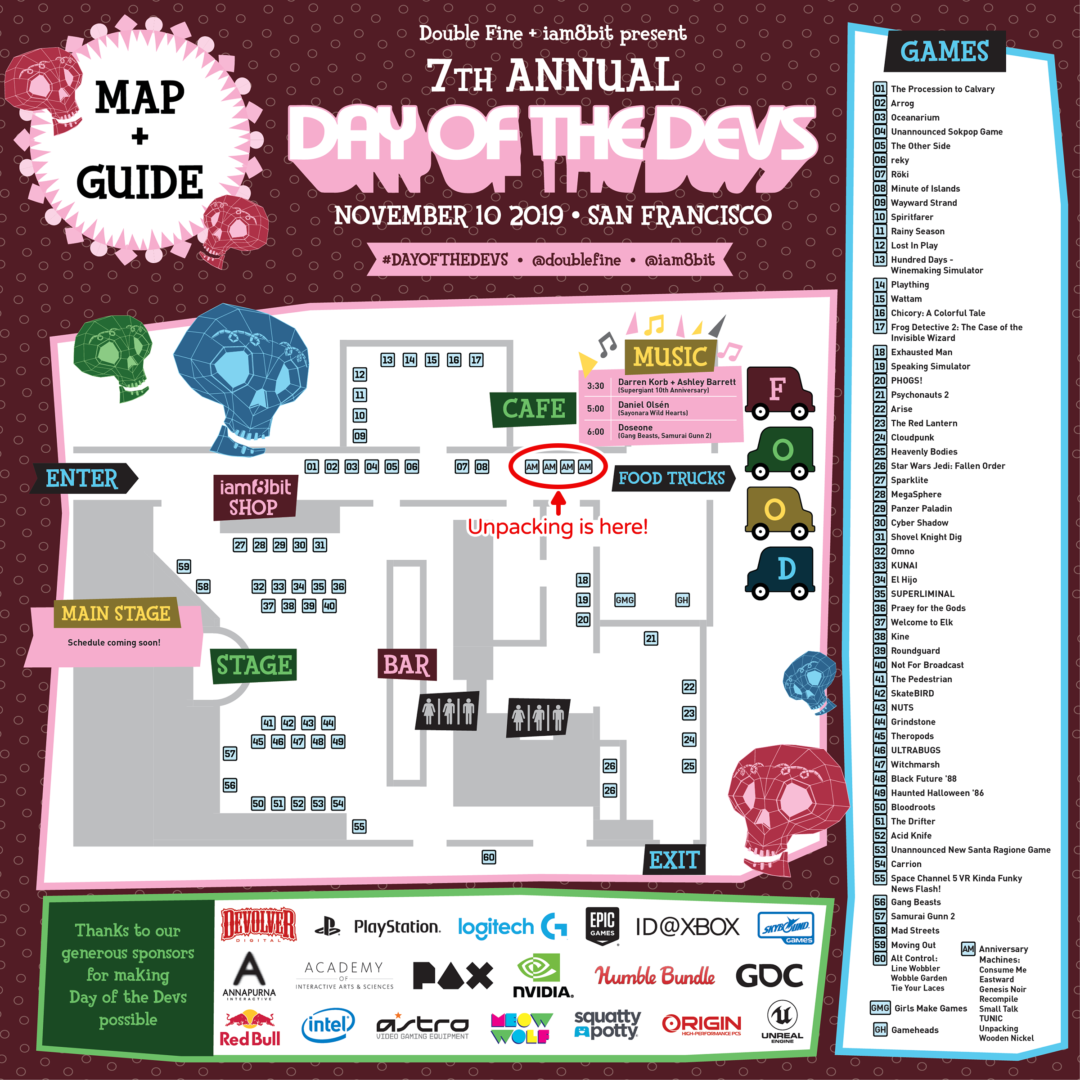 As always, thanks for your support and have an excellent day!

Unpacking is coming to PAX Online!